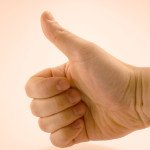 If you want to know more about what our San Diego bankruptcy attorney reviews: Avvo reviews or San Diego bankruptcy attorney reviews Google
R.Q. and S.Q., a young couple, were upside down on their house and had most of their money frozen in retirement accounts. R.Q. was an insurance agent and S.Q. was a stay-at-home mom. Despite a promotion, the family wasn’t making enough money to pay the monthly bills. Their concerns grew as they discovered that they were going to have another baby in addition to their two sons. They filed for bankruptcy, got rid of their house, and discharged their debts.
R.Q.: “I can finally get those weights off my shoulders.. Thank you sooo much!!!”
D.T. is a State employee who purchased his house in the housing boom and was upside down on the mortgage. Due to the budget crisis, his paycheck was reduced and he found himself struggling to pay his mortgage, his credit cards, and his son’s student loans. He wanted to keep the house and his travel trailer, and managed to do so with Paul’s help. He was nervous for his creditor’s meeting but had no problem due to our thorough preparation of the case. His meeting with the bankruptcy trustee took less than five minutes.
“First thank you and Paul for the job you did. It was nice to see my case go so smoothly compared to everyone else in the room that day. It appeared everyone we witnessed had a problem except for my case. Thanks.”
C.V. hired our office but did not speak any English. She spoke only Vietnamese and brought her son with her to translate. Our office assisted C.V. through the bankruptcy process and made arrangements to ensure that she had a translator for her creditor’s meeting. She had no problems with her bankruptcy and her son communicated the following to us:
“THX for all your help, you’re outstanding”
H.C. had previously attempted to file bankruptcy using a local attorney and was unsuccessful. He had over $40,000 in unsecured credit card debt and $5,000 in student loans. Monthly payments, alimony, and regular living expenses were forcing him to live paycheck to paycheck.
H.C.: “THANK YOU! Your office will receive nothing but positive referrals from me. I appreciate the fast, professional handling of my case more than you can know (maybe you know) after my first attorney’s attempt at putting me into a Chapter 13. It’s a great relief.”

So… What is going to be your next step?

Pick up the phone and give us a call. Paul knows that calling about filing bankruptcy is hard. No one really wants to. When you call, you will get an appointment time that is convenient for you to meet with Paul.  Paul thoroughly believes his clients deserve to have answers.

Paul has made it his business to understand bankruptcy law and will be there for you all the way.