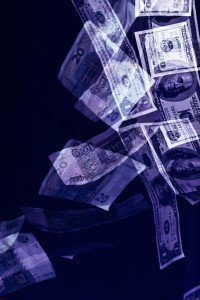 Is bankruptcy right for me

Is Bankruptcy Right For Me?

If you’re asking yourself this question about bankruptcy, chances are pretty good that without a lot of solid information you may be dreading the answer. Let’s unpack this subject so we can demystify it.

Is Bankruptcy Right for Me Than (1) Doing nothing; (2) debt consolidation or (3) litigating with creditors?

The very question “Is Bankruptcy Right for Me?” suggests that there may be other choices. There are. Let’s look at the future-scape that results from each of the choices we’ll talk about.
First, what happens if one does nothing? Not paying creditors triggers a predictable chain of events. The lender first suspends the account. Then it has one of its in-house collectors call you and try and get payment from you. The lender simultaneously sends you nasty letters and starts shredding your credit score by reporting the unpaid/late paid debt. After exhausting its own efforts, it will assign the account to a debt collector or sell the debt outright. This might show up as a charge-off on your credit report. At some point, either the lender or the collection agency hires a lawyer and sues you. This is where we’ll pick up the progression of events.

Lawsuits are practically inevitable if you do nothing. Fearing them is one thing. Experiencing them is worse still.

And once the summons is served on you, you have a few weeks to make up your mind how – or whether to respond. Most people don’t oppose the lawsuit. They don’t know how to oppose the lawsuit. Lawyers know how to do that stuff. And lawyers are expensive by the hour. Not to say that a good lawyer isn’t worth every cent s/he charges, but the cost can outweigh the benefit you may get. Plus the filing fee alone just to make an attempt at defending the lawsuit is several hundred dollars. For all these reasons, most people don’t engage the enemy – er, the lender in a courtroom battle. I suspect many borrowers assume they would lose anyway. If no 0pposition is filed, the lender takes a “default” judgment and then proceeds to try and collect on that judgment.

A Judgment On Your Credit Report Can Remain There Forever, Crushing Your Credit Score. Seriously.

A judgment is valid initially for ten years but it’s renewable at any time during that ten-year interval so, really, a creditor who is paying attention could renew every ten years for the rest of your life, his life, even pass on the judgment as an asset to his estate when he dies. There is a very busy market for debt like this. It’s bought and sold in the marketplace every day. A credit card debt owed to, say, a major bank and then litigated to a Judgment may be traded among debt buyers multiple times, often showing up several times on a single credit report even though it’s just one debt. A Judgment on your credit report is a major hit to your credit score, the so-called FICO indexed score. It only takes one or two judgments to hit a credit score just as hard as does a bankruptcy. There’s no rule that says the original lender has to wait until judgment to sell or transfer the debt, either. So, it can happen earlier rather than later.

But there are extremely rare circumstances where I nevertheless advise it. What circumstances? When despite the awfulness of the borrower’s situation there isn’t anything the creditors can do to him. Take a retiree living on Social Security who drives a modest car, has no “great expectations” say of an inheritance. This borrower’s income and his assets are one hundred percent exempt, meaning the creditors can’t touch it. He could owe $100,000 on old credit cards which ran up during the years when he was taking care of now-deceased wife and the creditors still couldn’t touch him. The scenario I just made up – well, not really because I’ve had clients situated just like that- is one of the innumerable ways one can get deep in debt and yet still be out of reach of the clawing hands of creditors.

Is Bankruptcy Better Than Debt Consolidation?

Almost always, in my experience. I’ll explain that “almost” at the very end. The way debt consolidation works is you pay an agency to intercede with your creditors and negotiate better repayment terms than you currently have. With many defaulted accounts generating 28%-34% interest, it doesn’t take much movement to make some improvement. Your agent will negotiate lower interest or no interest, lower monthly payments, and some structured payment plan. Typically these agencies charge either a flat fee (not so favored) or, more commonly, a percentage of what you save through their services. For example, a debt consolidator might charge a 10% fee on savings. The borrower owes $100,000. An agent gets principal reduced to $50,000 (not an entirely unrealistic expectation by the way) and charges the borrow $5,000 for the services.
Why doesn’t everyone do this? It seems intuitively more “moral”, more “right thing” than filing a Chapter 7 bankruptcy. But we’re not finished yet exploring the results in debt consolidation. Do those creditors express their gratitude by publishing glowing reports of the virtues of the borrower who had “done the right thing?” Decidedly NOT. They do not report the accounts paid as agreed. The credit report still looks awful and stays awful for seven years. The borrower often pays a multiple of what bankruptcy would have right cost. Worse, debt consolidation only works really well when ALL the creditors get on board.
So, how about that “almost” qualifier? Let’s get back to that. I refer a potential bankruptcy client to a reputable debt consolidator when the client would be more oppressed in a Chapter 13 bankruptcy than in debt consolidation. Here’s how I rationalize that strategy: A chapter 13 bankruptcy in San Diego is going to typically run five years, so it’s about the same term, sometimes longer than some debt consolidation plans; the credit score won’t look any worse for very much longer than in a Chapter 13 bankruptcy. For Chapter 13 bankruptcy filers, their credit doesn’t start recovering until after their discharge five years after they begin the case. Two years after that, their credit score should be fully recovered. So it really boils down to cash flow – can the borrower get a more manageable payment in the debt consolidation plan than what the Chapter 13 trustee demands?  The answer to that question is all I need to decide whether or not to suggest a different option
Most reason that payment of some of the debt – ANY of the debt as opposed to none of it – should look better to lenders, should improve one’s credit score. It makes logical sense. That may be the way that is “should” work, but it isn’t. Credit reporting, bankruptcy, and debt consolidation don’t seem to follow any logical thought process. At least, whatever logic is used by lenders and credit-scoring mechanisms isn’t readily apparent to the rest of us mere mortals.

If Doing Nothing Isn’t Really An Option and Debt Consolidation Has So Many Bad Side Effects, What Does Bankruptcy Do Better?

When I say “bankruptcy” I almost always mean Chapter 7 Bankruptcy. There is a full treatment of the difference between Chapter 7 and Chapter 13 elsewhere on this site. For our purposes here, I’ll offer a short description. Chapter 7 is shorter, usually less complex and less expensive. All general unsecured debt is wiped out. The whole process takes about three months from start to finish. 72% of all bankruptcy cases filed in San Diego are filed as Chapter 7 cases. A Chapter 13 bankruptcy, on the other hand, takes years – usually five years in San Diego. Why longer here? Because the determination as between a three year or five-year plan is connected to whether one is above or below the median statewide income. Most people or households who can afford – even if just barely – to live here are going to be above that median income. Chapter 13 requires a monthly repayment plan of 100% of the debtor’s “disposable monthly income.” Think of it like being on a diet for five years and you’ll appreciate why seventy – yes, that’s 70% of all Chapter 13’s fail. Yet 25% of all bankruptcy cases are filed as Chapter 13s. No my clients. Over the past twenty years, fewer than 1% of my clients’ cases were filed as Chapter 13s.
A San Diego Chapter 7 bankruptcy stops wage garnishments, bank levies, lawsuits, pretty much any imaginable way creditors can come after a borrower. Debt consolidation can’t do that. It has no judicial authority. It can only do what the creditors allow.
ONLY A Chapter 7 bankruptcy can wipe out debt so right, fast and without asking permission from the creditors.
A Chapter 7 bankruptcy in San Diego can actually clean up a borrower’s messy, chaotic and ugly credit report and actually RAISE a credit score. For those with the worst credit, their FICO score can be improved by filing a Chapter 7 bankruptcy. But often, borrowers have decent credit scores, sometimes stellar prior to filing. They worry about how badly this will hurt their score. Never mind that there is no possible way they can sustain their current status. Often they’ve kept one step ahead of creditors by robbing Peter to pay Paul. They are experiencing an entirely normal sense of loss of something they’ve built up with hard work and conscientious decision making. Chapter 7 bankruptcy in San Diego is a great equalizer: everyone who gets through it and uses credit responsibly after emerging from bankruptcy can expect his / her credit score to recover to the mid-to-high seven hundred or better within two years. (!)
A Chapter 7 bankruptcy can preserve significant assets at the same time it’s shedding a ton of debt. By the use of laws called “exemptions”, a borrower can usually keep most if not all of his / her assets through bankruptcy without having to worry about a judgment creditor taking something away. Exercising exemptions outside of bankruptcy can be difficult, complex and time-consuming. In a regular (state) court, a borrower may have several creditors suing her. She has to assert those exemptions separately in each lawsuit using a “Claim of Exemption”, each one of which requires a court hearing. Ugh!

Having worked my way through about half of law school working at a collection agency, I like to think I have a better-rounded appreciation for how both sides work.