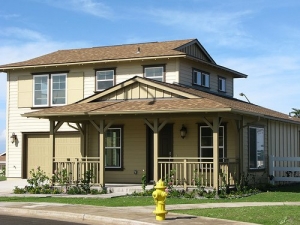 Buying a Home After a Bankruptcy:

Facts About Home Mortgage after Bankruptcy Case
Historically, it was difficult to impossible for a person to obtain a mortgage after  bankruptcy. All of this has changed in recent years. Now, even a person who has a bankruptcy on his or her record is able to get a home mortgage. Usually, he or she is eligible within just a couple years after the  bankruptcy.
Are you thinking about filing bankruptcy? Do you have concerns about later purchasing a home and qualifying for a home mortgage? Then here are some facts that you do need to keep in mind.

Realities of a mortgage after bankruptcy and lenders

There are many misconceptions about the aftereffects of a bankruptcy case. Many people assume that once you file for bankruptcy, you will never be able to access credit again in the future .  Or at least anytime in the foreseeable future. In point of fact, this is one of many misconceptions that surround bankruptcy. I find in my bankruptcy practice in San Diego County that about  two to three years after bankruptcy filing that my clients call to get a new home mortgage after bankruptcy.
In fact, a growing number of lenders are willing to work with people who have been through a bankruptcy case. There are a number of reasons why a lender is willing to deal with a person who has been through a bankruptcy case.
MISCONCEPTIONS VERSUS FACTS
Once a person has been through a bankruptcy case, that person’s debt is usually eliminated. Of course, (depending on the type of bankruptcy that a person has been through). A person may end up with some creditors to which he or she is still responsible.  But for the most part a person no longer has any financial obligations to creditors.
Misconception: “After a person files for bankruptcy, that person cannot turn around and file for bankruptcy again any time.” FACT: In fact, recent changes (well, 2005) in the bankruptcy code have made it far, far harder to file subsequent bankruptcy cases.
When it comes to a home mortgage loan, a lender at least has collateral in the form of the real estate that is subject to the loan. A mortgage is what is called a “secured debt.” The home is “security” for the loan. So lenders feel and actually are safer with secured debt. As a result, lenders are more willing to become involved in a secured loan. Even if  a borrower or applicant who has been through bankruptcy.
Unsecured debt like credit cards are a bit different. But even that has changed dramatically, too.

The home mortgage market has become extremely competitive in the 21st century. As a result, lenders are having to reach out to a wider range of consumers than at any other point in time in history.
In the 21st century, lenders are more willing to extend financing to people who have been through a bankruptcy case. Indeed, there are now lenders who cater specifically to people who have been through a bankruptcy case. This is especially true of borrowers in need of mortgage loans.
Here are a few key facts to keep in mind.
Generally, the interests rates associated with a post-bankruptcy home mortgage loan will be higher than what will be in place in a more traditional or conventional home mortgage loan. But this practice is changing fast. It may be less so when you read this than when Paul wrote it.
Post-bankruptcy, you may have to search harder to avoid higher interest rates and transaction fees. Supply and demand dictates that those whose credit is not as good will have to compete for a smaller pool of available loans.
Higher interest + higher closing costs and / or transaction fees translate to higher monthly payment. In addition, the length (term) of the loan offered may be a shorter than would be otherwise available through a more conventional lender.
Happily, the trend is toward a rapid normalization of lending to those who have endured bankruptcy.

In your own search for  a mortgage  after bankruptcy home loan, you need to make very certain that you only deal with a reputable lender. Unfortunately, in this day and age, there are many less than honorable operators. This is true whether you’re shopping for a loan in the “brick and mortar” world or on the Internet. There will always be unscrupulous merchants ready to prey on people who have less than perfect credit.
Make sure that you deal only with a reputable lender. By doing so, you will make certain that you do not make your financial situation worse.