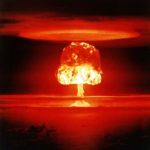 This is a true story. Some general context will help first. When the Chapter 13 trustee files a motion to dismiss a Chapter 13 case [the Court  Chapter 13  bankruptcy] for whatever reason things, can get nasty in a hurry.

How Does a Case reach the unfortunate end of a bankruptcy dismissed?

The trustee objects to the plan being kept intact, usually because the debtors don’t (and can’t) make the monthly payments. As a result, the Court routinely grants the trustee’s motion. That’s bad for a whole bunch of reasons.

How Does Each of Most Chapter 13 Cases Become a Bankruptcy Dismissed?

One couple hired me two failed Chapter 13 cases by another bankruptcy attorney. After I reviewed previous cases, I realized that the previous bankruptcy attorney greatly understated the client’s expenses AND overstated their income. The attorney had inexplicably used a fictional amount for the client’s mortgage. But instead of their actual required monthly payment(s), he used an imaginary “modified” mortgage obligation. He also had completely disregarded their second mortgage, maybe thinking he could do a “lien strip.” This was bad.

The Monthly Payment is Just Too Much.

These mistakes were quite serious. As a result, they yielded a Chapter 13 plan payment that the clients could not afford. Every month they got farther and farther behind. It was hopeless for them to try to keep up with an impossible budget. Until they sat down with me, they never really knew why Chapter 13 was so hard for them. After all, the numbers should have added up, right? They just knew every month they fell more and more behind.

Even the best Chapter 13 plans usually fail. I believe there is a fatal flaw in how they’re required to be calculated.

So, their Chapter 13 cases were doomed by these miscalculations. But their very stressful situation could have been resolved correctly without the financial contortions that tortured them. And getting it right – getting to me – took them years. All their Chapter 13 payments were wasted.

With bankruptcy work, my obsession with the math is a healthy thing. We got the numbers right correct, and complete.

Re-analyzing their numbers from scratch, we were confident we could justify a Chapter 7. So we filed it. The case ultimately succeeded, but here is “the rest of the story.”

DELAYS IN FILING AND OF COMPLETION OF A CASE CAN TRIGGER EVEN MORE AND SERIOUS CONSEQUENCES!

Without notice from the bank and unbeknownst to the clients or to us, their first mortgage lender sold the clients’ home at a foreclosure auction two (2) days prior to the filing of their Chapter 7.  And there was no case pending at the time of sale. Plus they wouldn’t have “automatically” gotten a stay, as a result of the earlier cases.

What’s does a foreclosure do to cash flow and the Means Test?

So, the clients were understandably disappointed to learn of the foreclosure sale. As a result, their stress levels went through the roof. And the foreclosure suddenly made the conversion to a Chapter 13 look like an unpleasant probability. Also possible: their Chapter 7 bankruptcy dismissed.

Why so dramatic a change?

Their mortgage payment would have been both allowable and large. But after the foreclosure, the allowance for rent for housing was all they could claim. That amount under the law was much more modest. So they suddenly looked like they could afford a sizeable Chapter 13 payment.

The fight is on.

I argued to the U.S. Trustee that the client was still obligated to make the mortgage payment up until the title was transferred to the new owner. It was a novel argument, and if persuasive meant that the mortgage payment(s) should still be used for housing costs. Job done(?) We dug in for a protracted battle with the U.S. Trustee on the legal arguments.

Sometimes you have to “think outside the box” to get the result your clients deserve.

Fortunately, an alternative strategy with more certain odds of success presented itself. I like certainty a lot better than I do novelty in my practice.  So I switched gears. I got the clients the discharge which for so long had eluded them.

The Moral of the Story?

Maybe I should start with, “If you’re told you belong in a Chapter 13, get a second opinion.” I’ve lost count of the clients who have sat across the desk from me and said,”Paul, we’ve already been to three attorneys. They all told us we have to be in Chapter 13.”And I filed Chapter 7 cases for probably nine out of ten of those clients.

A brief statistic on bankruptcy dismissed.

Fully 70% of all Chapter 13 cases end up as a bankruptcy dismissed.  I strongly suspect way too many cases – 25% of all bankruptcies – which could be Chapter 7 cases are instead filed as Chapter 13. Not in my practice. I have filed Chapter 13 cases for fewer than 1% of my clients.

What I guarantee: a zero failure rate. Every Chapter 7 filer succeeds in getting a Discharge.

Ask whether your attorney guarantees his / her work. I know lawyers are paranoid about guaranteeing anything. It’s also fair to say that if you really must be in Chapter 13, it’s admittedly much harder for any lawyer to pin down what the final deal is that you’ll make with the trustee. You and your attorney will inevitably haggle with the Ch. 13 trustee. One has to allow room for that. But some things CAN be guaranteed.

So… What is going to be your next step?

Pick up the phone and give us a call. Paul knows that calling about filing bankruptcy is hard. No one really wants to. When you call, I will set up an appointment time that is convenient for you to meet with me.  Paul thoroughly believes his clients deserve to have answers.

Paul has made it his business to understand bankruptcy law and will be there for you all the way. Call (619)235-4095 today for a free online consultation.