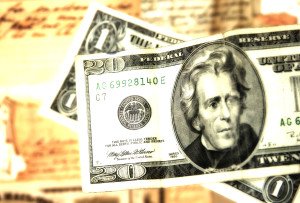 You’ve heard the urban legends, about how millionaires file for bankruptcy and get to keep all their stuff, right? Those stories really aren’t true.  But here is one that IS, and it might be helpful to you. The names have been omitted to be certain no confidentiality is compromised.
Bankruptcy is for, well, let’s just say it: broke people, right? Not exactly.  Take this couple, for example, who were struggling mightily to make ends meet, and failing.  Yet, over several decades of disciplined saving, they had accumulated over 500K dollars in their retirement accounts. Then they filed bankruptcy.
Here is the main thing you need to note: the government doesn’t want you to be on welfare when you are old and retired. They want you to have enough money to take care of yourself.  That is why your retirement accounts are protected.
Surely they couldn’t “get away” with filing bankruptcy to get rid of their ever increasing debt load? I suspect they may have felt exactly that way, like they would be somehow exploiting the system if they filed bankruptcy.  As a result postpone talking with me for quite some time.
Obviously, I can’t divulge all the confidential details of any case. But I can talk about the issues resolved.
Some readers will ask, “Is this fair?” My “lawyer” response is that, hey, I didn’t write the Bankruptcy Code and as an advocate for my client’s best interests, that’s not my concern.  Or a shorter version of the same answer: If Congress says it’s fair, I don’t argue.
The practical response is that The Government would rather do just about anything BUT shell out money for “entitlements”, like Social Security Medicare.
Because it is in the governments best interest Congress wrote the law to allow most retirement plans to escape lenders unscathed when a borrower files bankruptcy.  The reasoning from Congress appears to be that those with larger nest eggs will require less in entitlements.
This particular case ran into stiff opposition from the U.S. Trustee’s office. Strong opposition from the courts some times happen. Ultimately, though, the case concluded happily with the U.S. Trustee’s office withdrawing their objections and our clients getting their discharge (the way any successful bankruptcy case is supposed to end.)
These clients were W-2 employees.  But the very same protections can be applied even for the self-employed or small business operators, as long as the retirement plan has been set up to be exempt under the Bankruptcy Code.
Another couple who hired us operated a small business that ran into some very nasty complications. Careful study of the retirement plan of their closely-held business convinced me the plan could be exempted. Theirs was a long and contentious case, partly due to the retirement plan. The case concluded happily with a discharge of debts.  The fate of their retirement plan? Still intact, untouched by the Chapter 7 trustee, the U.S. Trustee or any creditor. Can this be you? maybe ? best thing to to come in and we can talk.
The moral of the story : Do not take money out of your 401K or retirement plan to pay bills before you speak to a lawyer.